Excellent legal arguments against the allegations of Armenian genocide 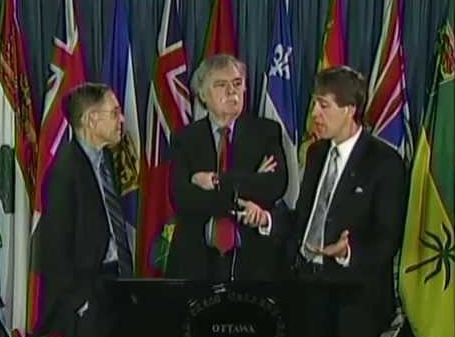 .
"Recently,  the European Court of Human Rights also agreed with those arguments on its verdict dated  Dec 17, 2013. The appeals heard on Jan 28, 2015,  by the Grand Chamber of ECHR also provided substantial arguments that genocide arguments
cannot be proven and that Armenian political claims cannot be compared to the  court-proven Jewish Holocaust. Coupled with lack of historical evidence and legal base,  genocide claims may finally be put to rest in 2015.  Hundred years of Armenian propaganda yileded nothing more than more Armenian terrorism,  hate memorials, and meaningless political resolutuions.  Truth is the only way towards peace and closure. Closing statements  made by Mr. Maurice Vellacott M.P., a Conservative Member of the Canadian Parliament,  were revealing. A must watch for those honest truth-seekers..."

Professor Justin McCarthy
Historian at the University of Louisville, Kentucky

Mr. Bruce Fein
US lawyer specializing in constitutional and international law, who served as an advisor to the former
US President Ronald Reagan for bigger picture open in a other window

"For fourteen days, I followed the Euphrates; it is completely out of the question that I during this time would not have seen at least some of the Armenian corpses that, according to Mrs. Stjernstedt’s statements, should have drifted along the river en masse at that time. A travel companion of mine, Dr. Schacht, was also travelling along the river. He also had nothing to tell when we later met in Baghdad."